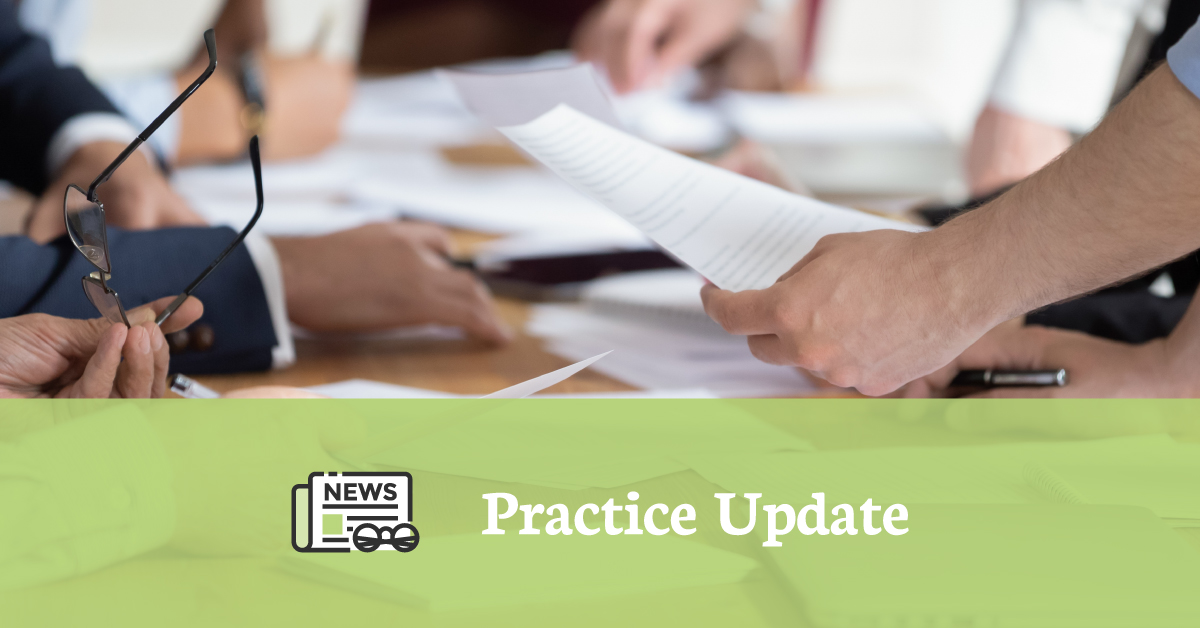 An event that we have become accustomed to every 1 April, is that the amount of the Private Health Insurance (‘PHI’) rebate decreases.

The Australian Government rebate on PHI is annually indexed on 1 April by a Rebate Adjustment Factor (‘RAF’) representing the difference between the Consumer Price Index and the industry weighted average increase in premiums.

This means there will be no changes to the PHI rebate on 1 April 2022.

Editor:  With inflation at levels Australians have been unaccustomed to over the last 20 years, at least there is one very small piece of good news.

The ATO is in the process of writing to taxpayers that may be eligible to have their tax debts disclosed to credit reporting bureaus (‘CRBs’).

The ATO can potentially report outstanding tax debts to a CRB where the following criteria are satisfied:

Excluded entities are a deductible gift recipient, a complying superannuation fund, a registered charity and a government entity.

The purpose of this letter from the ATO is to raise awareness of the actions that the ATO can now take under the Disclosure of Business Tax Debts measure.

The letter will be sent to all taxpayers with business tax debts that currently meet the criteria (discussed above) for disclosure.

This letter from the ATO provides business taxpayers with information on how to effectively engage with the ATO to manage their tax debt.

Taxpayers can avoid disclosure to a CRB by making payment in full or negotiating a payment plan.

If an eligible taxpayer does not take steps to actively manage their debt, they will remain eligible for disclosure.

Before the ATO takes any final action to disclose a tax debt, it will issue the taxpayer with a formal Intent to Disclose Notice.

If a taxpayer receives an Intent Notice, asking them to ‘Act now or your tax debt will be reported to credit reporting bureaus’, the taxpayer or their tax agent must contact the ATO within 28 days of receiving the notice to avoid the debt being reported.

It is crucial for taxpayers to engage with the ATO early before their debts become unmanageable.

Editor:  If the ATO reports a taxpayer that has an outstanding debt to a CRB, this can have a negative impact on the client’s credit rating.

This in turn may affect the client’s ability to borrow from banks and other financial institutions.

The High Court has rejected a taxpayer’s attempt to disclaim an interest in trust income that arose as a result of a default beneficiary clause being triggered.

The taxpayer, Ms Natalie Carter, was one of five default beneficiaries of the Whitby Trust, a discretionary trust.

For the 2014 income year the trustee had failed to appoint or accumulate any of the income of the Trust.

The ATO issued each of Ms Carter and the four other default beneficiaries with an assessment for one-fifth of the income of the Whitby Trust for the 2014 income year on October 2015.

This was done on the basis that they were “presently entitled” to that income within the meaning of S.97(1) of the Income Tax Assessment Act 1936.

An initial unsuccessful attempt was made by the default beneficiaries to disclaim their entitlement to default distributions in November 2015.

A further attempt by the default beneficiaries to disclaim their interest in trust income for the 2014 income year was made in September 2016 in what was referred to as the “Third Disclaimers”.

The Administrative Appeals Tribunal held that the Third Disclaimers were ineffective whereas the Full Federal Court found in the taxpayers’ favour that they were effective.

The High Court was then asked to consider the legal status of the Third Disclaimers.

It was the unanimous decision of the High Court that the Third Disclaimers were ineffective.

The High Court carefully analysed the words of S.97(1).

In particular, the phrase “is presently entitled to a share of the income of the trust estate” in S.97(1) is expressed in the present tense.

The High Court took the view that the question of the “present entitlement” of a beneficiary to income of a trust must be tested and examined “at the close of the taxation year”, not some reasonable period of time after the end of the taxation year.

Accordingly, Ms Carter and the other four beneficiaries had been appropriately assessed by the ATO under S.97(1) given their status as default beneficiaries under the Trust Deed.

For the sake of completeness, the High Court also rejected the taxpayers’ argument that a beneficiary of a discretionary trust, with reference to events that may occur in a “reasonable period” after the end of an income year, can trigger an event that would disentitle the beneficiary to a distribution.

Editor:  This decision is significant, because it backs the proposition that disclaimers of trust income cannot be effective if they occur after the end of the income year that gave rise to a present entitlement.

It will be interesting to see in any subsequent Decision Impact Statement how the ATO intends to apply the decision in Carter’s case.

As we head towards the end of another income year, this case serves as a timely reminder to ensure for discretionary trusts, that steps are taken before the end of the income year to effectively distribute trust income.

This is done to avoid the operation of default beneficiary clauses, or the situation where no beneficiary is presently entitled to trust income and the trustee is assessed at the highest marginal rate.

Please Note: Many of the comments in this publication are general in nature and anyone intending to apply the information to practical circumstances should seek professional advice to independently verify their interpretation and the information’s applicability to their particular circumstances.